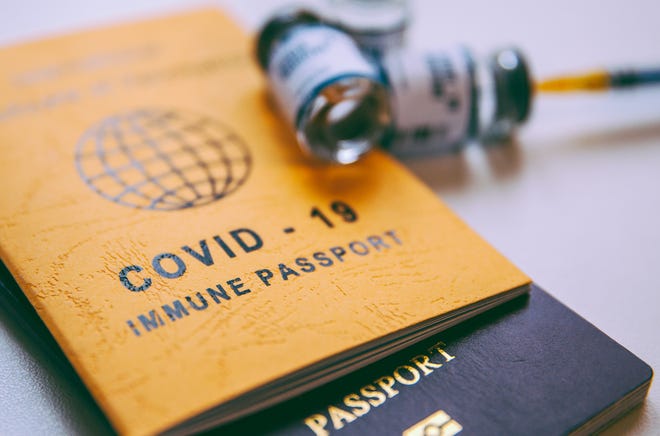 Michigan Republican lawmakers took additional steps Thursday to ban the government from mandating COVID-19 vaccinations, despite having no indication that any state or local agency is pursuing such a requirement.

The passport concept garnered substantial discussion last week during a hearing that devolved into lies and conspiracies about the pandemic and vaccines in general.

Moments after the House committee voted 6-3 to approve the bill, the full Senate voted 20-15 to change a proposed budget for the Department of Health and Human Services to add language that would ban public funding for vaccine passports.

Gov. Gretchen Whitmer and leaders of the state health department said last week they are not considering instituting vaccine passports or any form of a vaccine mandate. However, the University of Michigan and other colleges plan to require vaccinations for students who choose to live on campus next year.

“The state has been very clear that they’re not currently exploring a vaccine passport concept,” Bobby Leddy, a Whitmer spokesman, said last week.

“Instead of working with us to increase vaccinations across our state, Republicans would rather continue a circus and listen to an unaccredited conspiracy theorist, wasting time and taxpayer dollars. Gov. Whitmer will not be distracted by such noise.”

Leddy said Thursday the governor’s stance has not changed.

The House committee’s ban came in response to concerns that the original bill could have criminalized anyone who had a vaccination card from the U.S. Centers for Disease Control and Prevention.

The new measure includes a new definition of what constitutes a vaccine passport and removes language that may have resulted in $1,000 fines for people who had  immunization cards.

“So we would ask for local county health departments: you can do whatever you want, as long as you are not doing anything to diminish or enlarge someone’s civil and political rights, privileges and capacities.”

But the change approved by the Senate may apply to CDC immunization cards.

There is still substantial work that would need to happen before either bill makes it to the governor’s desk. Whitmer could use her line-item veto authority to strip the vaccine passport language from the Senate budget bill.