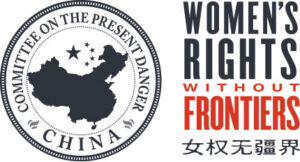 We write to ask that you take urgent action to preserve freedom in our country. Specifically, we ask that you issue an Executive Order and promote federal legislation banning the issuance or use of digital “Vaccine Passports” (by whatever name), not only by the federal government, but also by any state or local government, or by businesses, schools, or commercial enterprises.

“Vaccine Passports” are not merely the digital equivalent of the yellow vaccine cards long used in international travel. Few people are aware of the following fact: According to tech experts, the digital platform used by Vaccine Passports can provide the same totalitarian functionality as used by the Chinese “Social Credit System.”

All this information is fed into a central database and used to issue a “social credit score.” Citizens are rewarded or punished, based on these scores. Those with a high score are able to participate freely in society. Those with a low score cannot travel, borrow money, may be fired from their jobs, and may be unable to get their children into school. Those with very low scores, such as political dissidents, can be cut off from credit card use, a big problem in China’s increasingly cashless society. Dissidents can be found (and potentially disappeared) in minutes, along with their networks of relationships.

While it may begin with only carrying digital information regarding whether an individual is vaccinated, the rest of the functionality of the Chinese Social Credit System can be integrated into the “Vaccine Passport” system in a matter of minutes. Whether such digital documentation is governmentally issued or produced by corporate sponsors, the practical effect will be to provide a platform that, in the wrong hands, could usher in totalitarianism in the United States.

Further, “Vaccine Passports” – whether digital or paper — could be used to create a two-tiered society. Already, some entertainment venues have said that they may have separate seating sections for the vaccinated and the unvaccinated, or that they will prohibit access entirely to the unvaccinated. Airlines, hotels, restaurants, and gyms are among others considering the use of “Vaccine Passports.”

Might such “Passports” be used for more sinister purposes, to isolate those with unpopular religious or political beliefs? At a minimum, they can be used to deny those who remain unvaccinated constitutionally guaranteed freedoms – potentially among them: speech, worship, assembly and the right to peaceably petition their grievances.

The ominous potential for the unauthorized disclosure of proprietary data and other abuses cannot be overstated and must not be tolerated. Such a system is clearly antithetical to the foundational principles of this country and must not be allowed to take root here, whether justified by a putative health emergency or some other pretext.

We are not anti-vaxxers. Some of us have chosen to be vaccinated against Covid-19; others have not. Many of us have traveled internationally and have received many vaccines. We are very concerned, however, that digital “vaccine passports” can be used to restrict rights to freedom and privacy that are guaranteed by the United States Constitution and which sit at the very heart of our culture and democracy.

The Biden-Harris administration has officially declared that it will not be imposing vaccine passport schemes as a matter of federal policy. That commitment will ring hollow, however, if others in state and local governments or the private sector are able effectively to institute such a mechanism for controlling, repressing and coercing many millions of Americans.

We call upon you actively to discourage and preclude such end-runs by issuing an Executive Order and securing federal legislation barring the use of vaccine passports or similar arrangements to suppress our constitutional rights.

Signatories
(in alphabetical order; organizations listed for identification purposes only):