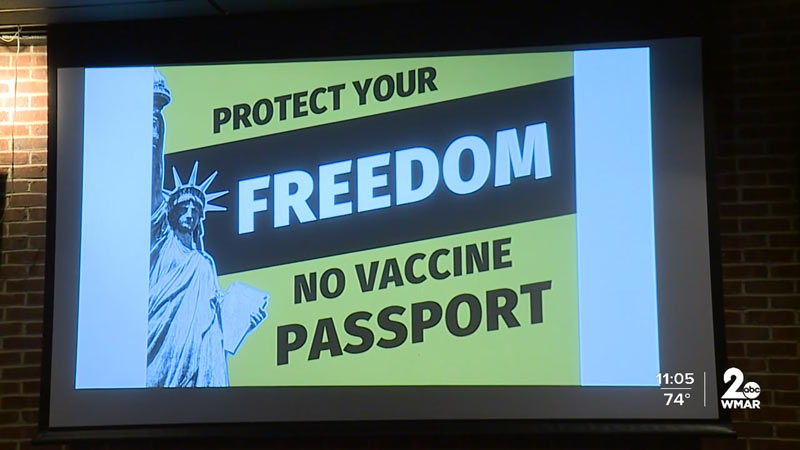 BALTIMORE COUNTY, Md. — Protect your freedom! That’s the message from the Republican Women of Baltimore County.

Members of that group gathered to voice their concerns about vaccine mandates and the possibility of vaccine passports.

Reggie Littlejohn was at the panel discussion tonight and says the idea of digital vaccine passports is a security risk and could lead to governmental overreach.

She also adds that President Biden’s full support of vaccine mandates leaves a lot to be desired.

Littlejohn adds that ignoring the benefits of natural immunity to COVID-19 isn’t quote, “Following the science”. Six other people were also part of the panel discussion tonight.