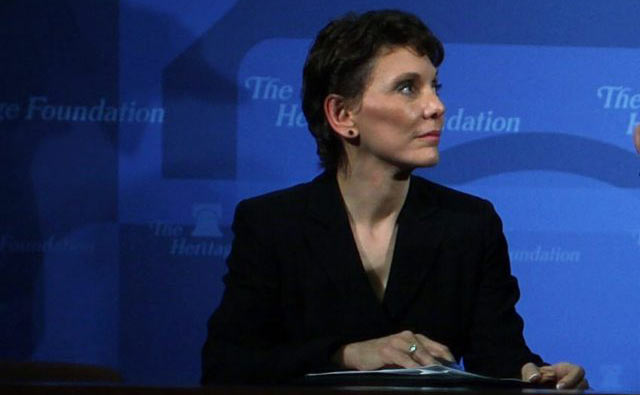 Reggie Littlejohn, Founder and President of Women’s Rights Without Frontiers, has censured President Joe Biden for attempting to coerce Americans into receiving a coronavirus vaccine against their will.

Littlejohn, China expert and human rights activist, issued a public response Friday to Biden’s use of “vaccine shaming” and military language to pressure Americans into getting the jab.

In the first place, Biden “completely ignores the science” showing that the natural immunity gained by recovery from the coronavirus is far superior to that provided by the vaccines. “How many of the 80 million unvaccinated Americans have already recovered from Covid?” she asks.

Biden’s disdain for those who do not wish to be vaccinated is also unworthy of his office, Littlejohn asserts, as is his employment of “vaccine shaming.”

Biden’s rhetoric — “I am frustrated with the 80 million Americans who refuse to be vaccinated . . . those blocking public health . . . We’ve been patient, but our patience is wearing thin . . .” is deeply disturbing, she declares, noting that many people “have valid reasons not to be vaccinated and do not deserve to be demonized in this way.”

Littlejohn also finds Biden’s use of military language, such as the deployment of “Surge Response Teams” made up of defense “experts” while doubling the number of “Military Health Teams” highly problematic.

“I thought ‘surge’ strategies were supposed to be deployed by our military against our enemies, not against Americans who have chosen not to be vaccinated,” she declares. “Why does the Defense Department and the military have to be deployed on U.S. soil to ‘help’ people with a virus?”

These expressions “remind me of the Chinese Communist Party’s ‘Strike Hard’ campaigns and ‘Family Planning Police,’” writes Littlejohn, a relentless critic of Beijing’s totalitarian control over its citizens.

Moreover, in his address “Biden says nothing about exemptions,” she observes. “What about people who have legitimate religious or medical reasons for not taking the vaccine?”

In her sixth and final criticism, Littlejohn notes that Biden “completely sidesteps the critical issue of how these sweeping vaccine mandates will be enforced.”

“What will his next step be: mandating digital vaccine passports?” she asks. “These passports can incorporate the same functionality as China’s Social Credit System, and in the wrong hands, can be used as tools of mass surveillance and totalitarian control.”

Littlejohn has insisted she is not an anti-vaxxer, but having studied government coercion up close in China for decades, she is very wary when politicians in the West adopt similar language and methods.

In particular, Littlejohn has fought China’s draconian population control measures enforced by its “womb police,” as well as other egregious violations of fundamental human rights.