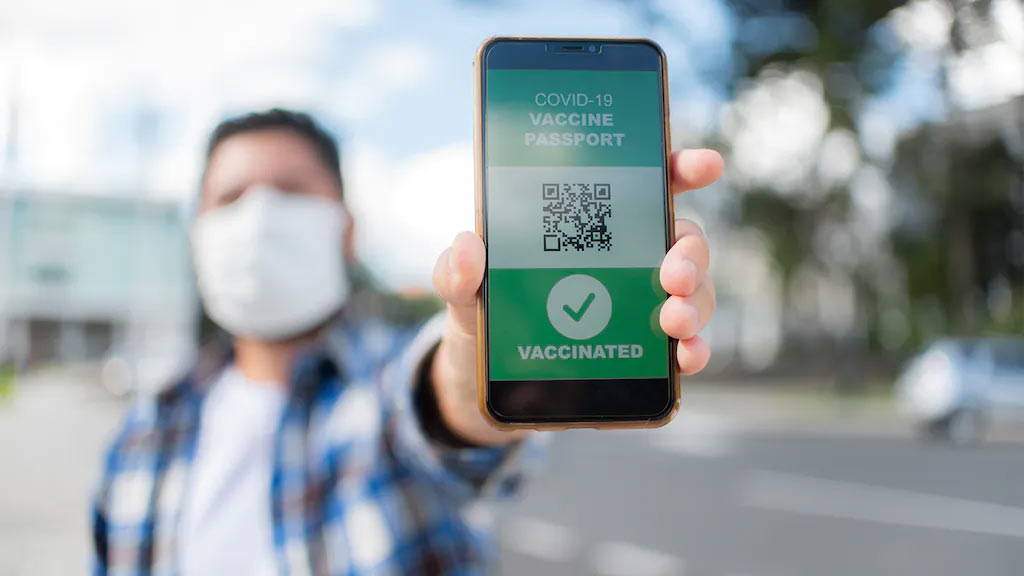 The COVID-19 debates have reached a new milestone: vaccine passports. A vaccine passport is three things. First, it is a non-forgeable record that documents SARS-CoV-2 vaccination. Non-forgeable means it is likely to be digital and not a paper slip. Second, it ties that status to you. This means it must include a photo or fingerprint to ensure the bearer is actually the vaccinated person. Third, it is a gatekeeper. Some entity, such as government or private industry, must use it to deny access to some place or service. Here, I provide an in-depth policy analysis of domestic vaccine passports, and find many reasons why they are a bad idea.

There are many venues where a vaccine passport can be used. It can be used to restrict international travel. Already, some countries require proof of yellow fever vaccination to enter. It can be used to restrict access to unique shared spaces. When I attended college, proof of meningococcus vaccination was needed to live in the dorms. Some proponents of the SARS-CoV-2 vaccine passport envision it will be used beyond these precedents. They imagine the passport will be used to restrict access to daily activities with many participants such as movie theaters, malls, amusement parks, concerts, bars, and churches. In what follows, I will focus on this potential use of passports: regulating daily, domestic activities – this is fundamentally different than other forms of restriction, as it is a novel restriction.

Who Do Vaccine Passports Protect?

Just as defining a passport is important, it is also important to be very clear about who will benefit and who will be harmed. Of course, for a passport to be fair, it must be launched at a point in the future when all Americans who wish to be vaccinated have been vaccinated.

Now, imagine two scenarios in a hypothetical movie theater in the fall of 2021: without and with the vaccine passport.

Three groups of people will be in the theater. The first group will be vaccinated people. Because of the spectacular efficacy of the vaccines, these individuals will be almost entirely shielded from bad outcomes such as death or hospitalization. Some members of this group may be very elderly or immunocompromised, and despite vaccination, carry a risk of acquiring the virus and bad outcomes. The second group will be people who cannot be vaccinated. Children under the age of 16, or perhaps 12, may be in the theater, and in the future, they still may not have an approved vaccine option. Thankfully, these folks are also largely shielded from bad COVID-19 outcomes because the risk of these events in young kids is very low. A few individuals who can’t get the vaccine because they have a contra-indication may also be present. The third group in the theater will be unvaccinated people who have chosen not to be vaccinated.

In a world without a vaccine passport, the vast majority of group one and group two will be fine. Individuals in group three will be the main group taking increased personal risk by attending the event. Keep in mind, this is the group who has chosen not to be vaccinated. There will be a very tiny number of vulnerable people in group one and two whose risk is increased while attending the event, and they may choose not to attend.

In a world with vaccine passports, the makeup of the theater is different. The first and second groups are both present. The risk to the vast majority of these groups is almost exactly the same: very low. The risk to the very few vulnerable individuals in group one and two has been modestly lowered. Group three individuals have been excluded — because they don’t have the passport. What happens to their risk

Of course, what happens to their risk is driven by what they choose to do instead. Do they assemble in someone’s living room or garage and watch a movie in a make-shift theater? If so, their risk may be comparable or increased. Do they protest or scheme how to overturn what they may view as a government intrusion? If they do so indoors, they replace the risk of the movie theater with the risk of a clandestine indoors gathering, which might be similar. If you want to reduce the chance of a variant emerging — and I do — that risk is reduced if instead of the movies, unvaccinated people go home. But that risk might be increased if instead of the movies, unvaccinated people create makeshift movie theaters or have other in-person gatherings. It all depends on what they do instead. Finally, even one or two angry individuals may perpetuate violent harms that negate the health gains of the entire passport strategy.

The biggest error I see is many are not considering what the banned or displaced individuals do instead of attending the restaurant, movie-theater, mall, or other indoor public space. That unanticipated behavioral change is literally what determines if the policy helps or hurts. In today’s polarized America, I have concerns.

Now, we should also consider what the passport does to the incentive to be vaccinated. Some argue that such a passport will motivate vaccination, but in reality, it merely alters the incentive. Instead of the current benefit of health, these people will get the benefit of access to public spaces. Will that work or will it backfire?

What is the Trade-off?

The trade-off of the vaccine passport for domestic uses such as theaters, churches, bars, restaurants, amusement parks, and so on is the following. If you do it, you very slightly reduce the risk to healthy vaccinated individuals — who are mostly shielded by a great vaccine. You very slightly reduce risk to kids — who are mostly shielded by age. You modestly reduce the risk of vulnerable folks — of whom there are few. You may change their behavior and they may be more likely to go to crowded spaces. On the other hand, you might incur the anger of a large swath of Americans whom the passport displaces. Those individuals may not experience reduced risk as they may partake in other activities that have equal or greater risk. Those individuals may become motivated by anger and engage in activities that diminish your gains. Finally, you expend massive political capital to achieve this change. That is the trade-off. Is it worth it?

The COVID-19 Vaccine is Different

The SARS-CoV-2 vaccine is different than other vaccines for which we have previously issued mandates, such as MMR (for schools) and meningococcus (for dorms). The key distinguishing feature is the efficacy of the COVID-19 vaccine in guarding against severe infection is massive. In the other cases, in order for healthy, vaccinated individuals to be protected, we must ensure a high fraction of people have been vaccinated. In this case, healthy, vaccinated individuals are overwhelmingly protected from severe outcomes, even if we fall short of high vaccination rates because the vaccine is so potent.

Any system of vaccine passport will have errors. Some experts have pointed out that passports may wrongly exclude vaccinated people due to malfunction. A reporter for The Washington Post tested one early version of the vaccine passport, which has been deployed in New York City. He found it did not always work and it was easy to set up a fake pass. Every time the vaccine passport malfunctions, resentment will grow. Malfunction is inevitable when a pass is used in hundreds of millions of encounters. Finally, as one thinks through the logistics of implementing the pass — who will ask for it, how will they check it, where will this occur — a series of practical concerns emerges — for example, how will resources be deployed to enforce the passport?

From a progressive standpoint, it is possible that passports may result in discrimination around racial and socioeconomic lines. Although some surveys suggest little difference in desire to be vaccinated by race — though there are differences by gender — these polls may be inaccurate as other recent polls have been. This is for the simple reason that polling depends on consenting to be polled, and it is possible that folks reluctant to take polls may be less likely to be vaccinated.

If there are differences in vaccination by gender, race, or socioeconomics, the passport may serve to perpetuate inequality. Put another way, if people of some group are more likely to decline vaccines, we should be crafting public health messaging to reach them, to improve communication and answer their questions. The wrong answer is to disproportionately exclude them from public spaces. That is punitive, unfair, and not consistent with longstanding public health principles.

Finally, my first rule of vaccine passports is that they cannot be forged. If this requires a digital transfer, then the passport may discriminate against people who do not own smart phones.

When it comes to daily domestic activities, a vaccine passport results in a trade-off. It very modestly changes the risk to vaccinated individuals and those who do not have a vaccine option. It changes the places unvaccinated individuals can congregate, which may or may not curb or fuel viral spread, depending on what they do instead. It will be met with political opposition and may result in unanticipated, unpredictable, harmful outcomes, including perpetuating discrimination. It will, at times, surely malfunction and some people will be angered by that. It will require massive political capital to institute.

In contrast with what I see – superficial analyses of the passport – my analysis is that they are, on balance, if used for the purposes I describe, a bad idea, and we should work to promote vaccination without this tool. Vaccination is good; vaccine passports for domestic activities are unrealistic and possibly unhelpful. That’s the sort of nuance we need more of in this pandemic.

Vinay Prasad, MD, MPH, is a hematologist-oncologist and associate professor of medicine at the University of California San Francisco, and author of Malignant: How Bad Policy and Bad Evidence Harm People With Cancer.