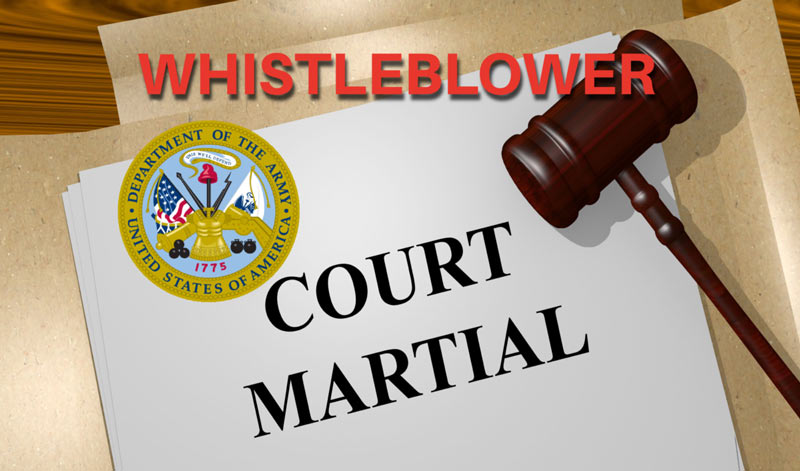 Is the other Vindman abusing the powers of his office in the Army?

On 6 June 2022, 1LT Mark C Bashaw, a Preventive Medicine Officer at the Army Public Health Center, was again unlawfully retaliated against by his Chain of Command.

1LT Mark C. Bashaw has been consistently raising the red-flag against the experimental emergency use authorized (EUA) COVID-19 “vaccines” and the other EUA products as early as February 2021. In October of 2021, he was working a request to the COVID-19 task force at Army Public Health Center update their COVID-19 “Vaccine” Risk Communication Strategy to include the VAERS Deaths and Adverse Reactions from these dangerous and deadly experimental CV19 “vaccines.” His concerns about the products went ignored. This is the same COVID-19 Task Force that just received a prestigious award from the MEDCOM Chief of Staff. So apparently the COVID-19 Task Force was and is not concerned with safety, but merely compliance.

1LT Bashaw was then faced with an unlawful and discriminatory EUA testing mandate, in which, he initiated an Article 138 complaint in an attempt to obtain redress for use of such dangerous and deadly EUA products on Service Members and himself. Because of his stance and pushback, he was retaliated against: he was banned from his place of duty under the guise of not being vaccinated and refusing to test, his security clearance was suspended, his access to all Army Public Health Center facilities was revoked, his record was flagged, his promotion to Captain was withheld, he was threatened with jail time at Leavenworth, and he was Court Martialed for disobeying the order from his commander to wear an EUA mask and submit to an EUA test. It seems apparent his Company Commander was taking marching orders from either higher up, which may constitute unlawful command influence, or the Staff Judge Advocate’s office, previously COL (Since Retired) Yevgeny Vindman, yes, Alexander Vindman’s twin brother, the fake Trump/Zelenko whistleblower. On 18 January 2022, Yevgeny Vindman signed off on the Article 92 charges against 1LT Bashaw. The following day, the Commanding General closed out 1LT Bashaw Article 138 complaint, due to the pending charges against Bashaw. 1LT Bashaw is also a named whistleblower with Senator Ron Johnson’s Office, regarding the Defense Medical Epidemiological Database (DMED) of the changes that were made to the data within the database.

During the Court Martial, 1LT Bashaw stated his concerns and position regarding EUA products, and what his attempts to communicate to the Army Public Health Center these concerns to no avail. We disagree with the judge’s ruling that the orders to mask up and test, despite their EUA status, was wrong and will be overturned since the law is clear, EUA products require informed consent. It does NOT have to be ordered when a product is granted EUA status. To require so would negate the EUA law itself. The Judge, though, did state in his determination that the Service Member has the right to refuse the EUA vaccines. Ultimately LT Bashaw was convicted, which was inevitable given the judge’s ruling about the lawfulness of the orders and the fact that he never denied refusing those orders because he believed them to be unlawful.

The Judge, after hearing 1LT Bashaw’s sentencing witnesses made the comment that 1LT Bashaw was a “water walker” and ordered that no sentence was appropriate. Then, amazingly, after the trial the judge announced that he was going to recommend to the Commanding General, who had to approve the courts-martial and findings, that all charges against 1LT Bashaw be dismissed. 1LT Bashaw and his legal team were obviously very honored by this act on the part of the Judge. Despite this, upon recommendation of the Office of the Staff Judge Advocate, likely with influence from Vindman and others, the Commanding General ignored the Judge and approved the Conviction on 26 May 2022.

While pending courts-martial, 1LT Bashaw was amazingly selected for promotion to captain (03) but was not able to pin on due to being flagged. Now that the court-martial was over the flag would have to be removed and 1LT Bashaw would be promoted. It seems the command, the Office of the Staff Judge Advocate and likely the Army, could not have this. A soldier courts-martialed, received no sentence and now is being promoted after fighting against and refusing the unlawful Covid 19 mandates. So, on 6 June 2022, 1LT Bashaw was counseled by his Company Commander. The commander removed the adverse action flag on his record, which would have allowed him to be promoted, only to re-flag him in the same action and state he is now pending “Adverse Action (A) due to a referral of involuntary separation and since the command has lost confidence in him.” How can the command and the Army lose confidence in someone with a stellar record, who was just selected for promotion while pending courts-martial, selected number 14 out of 230, and who the Judge referred to as a “water walker?” It seems, as a service member you are not allowed to speak your mind when you see something wrong and harmful to yourself or other service members. You are supposed to sit down, shut up, and color in the lines. And 1LT Bashaw is not just some random soldier denying mandate. He is an Army medical officer and entomologist. His job is literally to investigate airborne, and insect born virus and other health safety issues and report to protect the fighting force.

After the glowing testimony by sentencing witnesses, to include the company first sergeant, others who have worked with and known 1LT Bashaw for a while, who made comments like: “we cannot wait to have him back at work,” “he is one of the best leaders ever,” and, “if I ever have to go to war I want 1LT Bashaw by my side,” the command, or Army, has now decided that they have lost trust in 1LT Bashaw. Seems rather inconsistent and more like sour grapes with the command and Office of Staff Judge Advocate, despite Vindman’s victory laps, now has egg on their faces and is thoroughly embarrassed that their plan of making an example of 1LT Bashaw has gone awry.