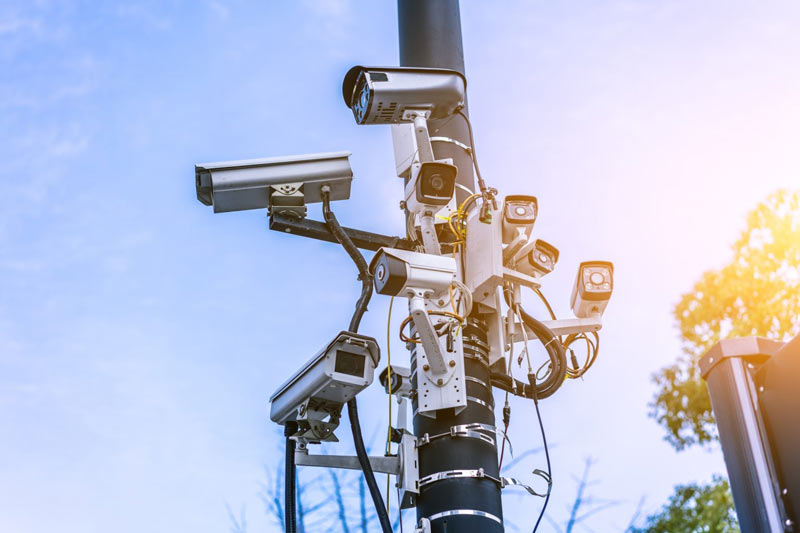 A World Health Organization working group has quietly released a “Zero Draft Report” to recommend actions to govern worldwide preparedness and response to “public health emergencies,” including but not limited to pandemics.  Disguised in opaque language that sounds benign or even banal, it’s the most dangerous report you’ve never heard of.

Released on May 3, 2022, the Zero Draft Report of the Working Group on Strengthening WHO Preparedness and Response to Health Emergencies (the “Working Group”) has recommended that the WHO construct what amounts to a global infrastructure of surveillance and control that would likely depend on finding pandemics and other health events in order to justify its existence.  Under the pretext of protecting our health, this infrastructure could easily be used to identify and silence dissenters, similar to the Chinese Social Credit System.

The upcoming proposed Pandemic Treaty and Amendments to the International Health Regulations, currently being drafted by new working groups at the WHO, will likely follow these “proposed actions.”  Freedom loving Americans and people the world over need to vigorously oppose these recommendations to prevent them from being included in the upcoming draft Pandemic Treaty and the IHR Amendments.

There are many troubling proposed actions advanced by the Zero Draft Report.  Here are five:

WHO Secretariat to strengthen existing systems and networks for coordinated global surveillance of public health threats, based on transparency and interoperability using digital tools to connect information centers around the world and to include animal and environmental health surveillance, with appropriate protections of people’s rights.

What would this “coordinated global surveillance . . . using digital tools . . .”  look like?  How will this surveillance system be implemented?  No doubt through Vaccine Passports, Smart Health Cards, or other forms of digital IDs.

If not effectively opposed now, the digital health ID is the way that China’s Social Credit System will likely be implemented internationally.  Once the infrastructure is in place, there will be no dissent, because if you post a dissenting opinion online, you can be cancelled off of social media, or worse, be severed from your credit cards or bank accounts.

The Chinese Communist Party uses digital health codes to stamp out dissent.  For example, hundreds of people in China recently had their bank accounts frozen, with no explanation, devastating the individuals and the businesses affected.  Depositors were going to travel to Shanghai to protest.  Suddenly, they found that their digital health codes had switched from green to red, preventing them from traveling and stopping the protest.

Do you think such a thing could never happen in a democracy? It already has.  We saw this happen in Canada with the truckers and some of their supporters, just this past February.  The Emergencies Act was invoked, under which banks froze the assets and credit cards of truckers and those who had donated to their cause through crowdfunding platforms.

The words, “transparency and interoperability,” appear to mean that everyone in society will be transparent to the WHO’s “information centers around the world,” with all our data uploaded into an interoperable global system.  This data sharing in the name of international travel could supply our private information to bad actors, such as the Chinese Communist Party.

This provision recommends that the WHO should have the power to address “misinformation and disinformation in respect of pandemic PPR (preparedness and response).”  If  this proposal is accepted, the WHO could institute a global “Ministry of Truth”  — similar to the Biden administration’s proposed Disinformation Governance Board — to censor and silence doctors, scientists, activists, the press, and  anyone else who disagrees with the official WHO narrative.

Implementation of a One Health approach related to prevention and surveillance, including specific responsibilities and a clear division of labour among the partners in the quadripartite alliance . . .

What is “One Health”?  According to the CDC:

One Health is a collaborative, multisectoral, and transdisciplinary approach—working at the local, regional, national, and global levels—with the goal of achieving optimal health outcomes recognizing the interconnection between people, animals, plants, and their shared environment.

This language sounds benign but is potentially catastrophic for freedom.  By this definition, local health concerns deemed a “public health threat” can be controlled at the global level, giving the WHO the right to intervene anywhere at any time – destroying national sovereignty.

What is the “quadripartite alliance”?

On April 29, 2022, the WHO website posted an announcement:  Quadripartite Memorandum of Understanding (MoU) signed for a new era of One Health Collaboration.  It states:

The four international agencies, the Food and Agriculture Organization of the United Nations (FAO), the World Organization for Animal Health (OIE), the UN Environment Programme (UNEP) and the World Health Organization (WHO), have signed a groundbreaking agreement to strengthen cooperation to sustainably balance and optimize the health of humans, animals, plants and the environment. (Spelling in original.)

One Health, therefore, includes not only human health, but also the health of animals, agricultural plants and the environment.  If passed, the WHO would have control over every aspect of existence on earth. The WHO would not necessarily prioritize human health, but rather would “balance” human health with animal and plant health, as well as environmental health such as climate change. The quadripartite alliance provides the “legal and formal framework” to accomplish this.

Currently, the WHO has little power of enforcement.  The Zero Draft Report proposes to change that.  This section recommends that the International Health Regulations be strengthened:

WHO secretariat to consult and update MS [Member States] and relevant stakeholders on the pilot UHPR [Universal Health and Preparedness Review], to assess, report on and improve compliance with IHR requirements, and to ensure accountability for the IHR obligations, through a multisectoral and whole-of-government approach.

How can the WHO “improve compliance” and “ensure accountability”?  The enforcement mechanism is not specified in the Zero Draft Report.  Would this “multisectoral and whole-of-government” approach (discussed below) include a WHO military or police force, or perhaps require nations to sanction a non-compliant member state?  If combined with a digital currency, the WHO could cut non-compliant individuals or whole nations off from any ability to access their bank  accounts  or transact business, effectively paralyzing them.

5)  “Whole of Government and Whole of Society Approach” (Paragraph 16, page 8)

This paragraph states that a “whole of government and whole of society approach for pandemic PPR [pandemic preparedness and response] is required.” These terms are not clearly defined.  They sound wholesome and holistic, but are actually toxic to freedom:  any aspect of government or society could be brought to serve the WHO’s chosen response to a “public health threat,” possibly including CCP-style lockdowns, quarantines and forced vaccinations.  Does the WHO envision commandeering the media, education, transportation – possibly even banking and the military?

I have already written about how the proposed Biden Amendments to the International Health Regulations would transform the WHO into a tool of mass surveillance  and totalitarian control.  These Amendments are still under consideration by a new working group at the WHO.

The Zero Draft Report is consistent with the proposed Biden Amendments, and I expect the upcoming draft Pandemic Treaty to be cut of the same cloth.  We need vigilantly and vehemently to oppose the imposition of  a biomedical, digital gulag through the WHO, under the pretext of protecting our health.

It should be our first priority to defeat these attacks on our personal and national sovereignty.  We need to inform our representatives to oppose these measures, and question all candidates for national or state office about their views on the threat the unelected bureaucrats at the WHO may pose to our national sovereignty and constitutional rights.