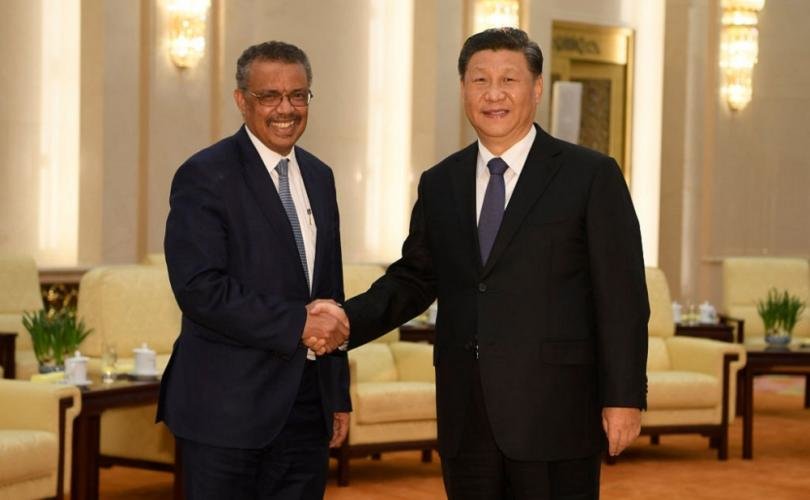 We know that, if passed, these amendments would sound a death knell to our sovereign independence as a nation.

A friend of mine – an esteemed journalist – recently mentioned that he has been hearing terrible things about the proposed U.S. amendments to the International Health Regulations of the World Health Organization (W.H.O.). He asked me if they really are that bad.

Yes, they really are that bad. If passed, they really will result in a significant erosion in U.S. sovereignty – in our ability to determine for ourselves whether something constitutes a health emergency and, if so, the best approach to that emergency.   Further, the attempt to slip this surrender of sovereignty through quietly as a series of amendments to the current International Health Regulations circumvents the treaty process, thus performing an end-run around our legislature and the legislatures of the world.

We know that, if passed, these amendments would sound a death knell to our sovereign independence as a nation by looking at two factors:

1)  What the amendments say; and

2)  Who would be enforcing them.

I would like to take a quick look at what the actual amendments themselves say.   These Amendments were submitted by the Biden Administration on April 12, 2022, by the United States Department of Health and Human Services.

There is much to cause concern in this document.  Here are just a few items:

1) As a general matter, the term, “Public Health Emergency of international concern” is ill-defined and could include not only a viral pandemic, but also a rise in crime rates or gun violence, climate change, mental health issues, or even cell phone addition.  There is no limit on issues that arguably may affect “public health.”

2) The following wording is STRICKEN  from Article 9:

Before taking any action based on such reports [of a  health event], W.H.O. shall consult with and attempt to obtain verification from the State Party in whose territory the event is allegedly occurring in accordance with the procedure set forth in Article 10.

The fact that this is stricken means that the W.H.O. can take action without consulting or obtaining verification from the country affected.

2)  Article 12:  A  “report” of a health-related event can come   from anywhere, including “the public domain.”    So, for example, if people in a certain area begin posting on social media that they are experiencing strange symptoms, the W.H.O. can use this as an   excuse to intervene.

3)  Article 12. 2.  “If the Director-General  determines [STRICKEN –  and  the State Party are  in agreement regarding this determination] that  the event constitutes a public health emergency of international concern, the Director-General shall  …  seek the views of the Emergency Committee on appropriate temporary recommendations.”

Under this provision, the Director-General has sole discretion to determine if  an event is a “public health emergency of  international concern” without the agreement of the country in which the event  took   place.

4)  Article 12.6 is new.  It establishes “an intermediate public health alert” that could be used to justify W.H.O. intervention   in non-emergency situations.

5)  New Chapter IV – The Compliance Committee.   According to IV.3., this Committee shall be appointed, not elected. According   to IV.1(b), it  “[s]hall be responsible for … Monitoring, advising on, and/or facilitating assistance on matters relating to compliance with a view to assisting State Parties to comply with obligations under these regulations.”

How will the Compliance Committee “monitor” without surveilling compliance efforts?   This provision gives the compliance committee the right to surveil a nation and its citizens – and “facilitate assistance on matters relating to compliance.”  Could this language be used to force compliance?

How will this surveillance system be implemented?  No doubt through Vaccine Passports, Smart Health Cards, or other forms of digital IDs.

The digital health ID is the way that China’s Social Credit System can be implemented internationally.  Once the infrastructure is in place, there will be no dissent because if you post a dissenting opinion online, you can be cancelled off of social media or, worse, be severed from your credit cards or bank accounts.  We saw this happen in Canada with the truckers and some of their supporters. Worst case scenario, you could disappear, as do dissidents in China.

The WHO seriously mishandled the Covid-19 pandemic, promoting the lies of the Chinese Communist Party, lies which caused the deaths of millions. Do you want these same non-elected incompetents telling the U.S. how to handle the next pandemic? Even without the  consent of the U.S. government, the W.H.O. could force the U.S. to vaccinate everyone, force mask mandates, lockdowns, and quarantines.

We have almost no time to resist.  The vote is next week!  I would urge everyone to go to the StopVaxPassports website.  We have made it very easy for you to  s end  a message  to your Senator or Congressman, to President Biden and to key players at HHS.  The situation could not be more urgent.

This statement formed the basis of Ms. Littlejohn’s remarks as co-host and panelist of the Stop Vaccine Passports Task Force Webinar, “Stop the Sellout of U.S. Sovereignty to the W.H.O.,” which took place on May 16, 2022.