WASHINGTON, D.C.— The Stop Vaccine Passports Task Force will host a webinar on Tuesday, October 19th from 2-3:30 p.m. ET to assess the immense damage being done to the readiness and good order and discipline of the U.S. military as a result of President Biden’s mandatory Covid-19 vaccination requirement.

The approaching deadlines for such inoculations are prompting key personnel – including Navy SEALS, pilots and Marines – to resign from the armed forces, rather than accede to orders that they take shots to which they object for personal, health, moral, religious and/or other reasons. Some are being threatened with disciplinary action, including discharge other than honorable.

The impact of these sorts of losses on the units involved can be devastating. Especially problematic is the attrition of highly trained and skilled individuals impacting not just their outfits’ ability to perform assigned missions in the near-term. It can translate into a protracted lack of readiness and enduring blow to the remaining troops’ morale and cohesion.

The case for affording servicemen and women the opportunity to decline to be vaccinated was just underscored by the Archbishop for the Military Services, Timothy Broglio, who issued a letter last week that said, in part: “The denial of religious accommodations, or punitive or adverse personnel actions taken against those who raise earnest, conscience-based objections, would be contrary to federal law and morally reprehensible.”

WHAT: A webinar illuminating the national security catastrophe in the works due to the Biden vaccine mandates on the military.

WHERE: The virtual press conference will be live-streamed.  Register to participate HERE. 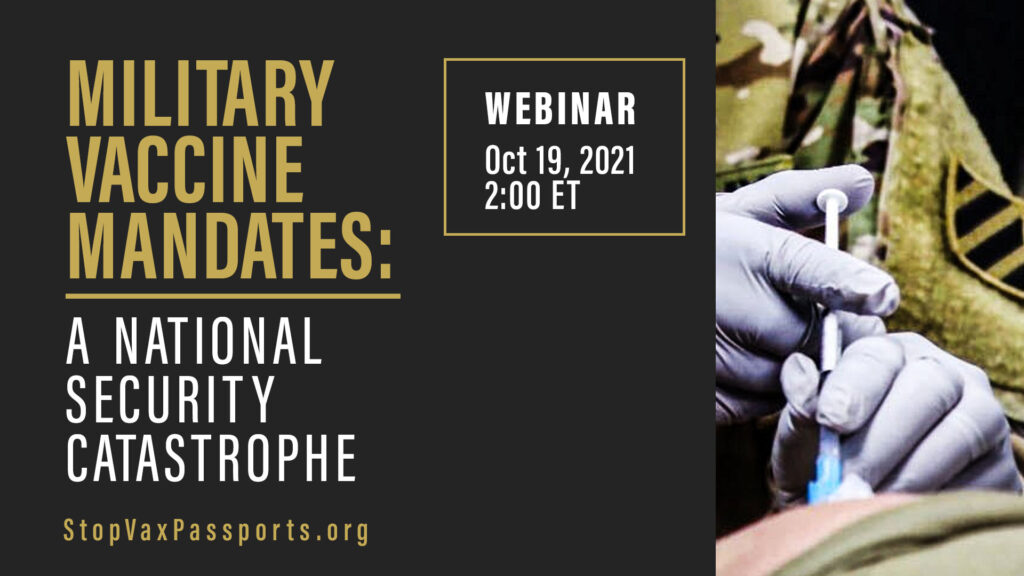